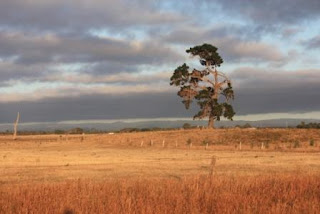 Systemic collapse, the coming crash, overshoot, the die-off, the tribulation, the coming anarchy, resource wars -- there are many names, and they do not all correspond to exactly the same thing, but there is a widespread belief that something immense is happening. This event has about ten elements, each with a somewhat causal relationship to the next. (1) Fossil fuels (e.g., oil, natural gas, coal), (2) metals, and (3) electricity are a tightly-knit group, and no industrial civilization can have one without the others. As those three disappear, (4) food and (5) fresh water become scarce. Matters of infrastructure then follow: (6) transportation and (7) communication -- no paved roads, no telephones, no computers. After that, the social structure begins to fail: (8) government, (9) education, and (10) the large-scale division of labor that makes complex technology possible.


Systemic collapse has one overwhelming ultimate cause: world overpopulation. The world's population went from about 1.7 billion in 1900 to 2.4 in 1950, to over 7 billion today. All of the flash-in-the-pan ideas that are presented as solutions to the modern dilemma -- solar power, ethanol, hybrid cars, desalination, permaculture, enormous dams -- have value only as desperate attempts to solve an underlying problem that has never been addressed in a more direct manner.


Fossil fuels, metals, and electricity are intricately connected. Electricity, for example, can be generated on a global scale only with fossil fuels. The same dependence on fossil fuels is true of metals; in fact the better types of ore are now becoming depleted, while those that remain can be processed only with modern machinery and require more fossil fuels for smelting. In turn, without metals and electricity there will be no means of extracting and processing fossil fuels. Of the three members of the triad, electricity is the most fragile, and its failure will serve as an early and very noticeable warning of trouble with the other two.


Fossil fuels not only provide the energy for internal-combustion engines. They also provide us with fertilizer, pesticides, lubricants, plastic, paint, synthetic fabrics, asphalt, pharmaceuticals, and many other things. On a more abstract level, we are dependent on these fossil fuels for manufacturing, for transportation, for agriculture, for mining, and for electricity. As these fuels disappear, there will be no means of supporting the billions of people who now live on this planet.


A good deal of debate has gone on about "peak oil," the date at which the world's annual oil production of useable, recoverable oil will reach (or did reach) its maximum and will begin (or did begin) to decline. The exact numbers are unobtainable, but the situation can perhaps be summarized by saying that dozens of large-scale studies have been done, and the consensus is that the date for "peak oil" is somewhere between 2000 and 2020, with a maximum annual producion of about 30 billion barrels.


It should also be mentioned that the above-mentioned quest for the date of peak oil is in some respects a red herring. In terms of daily life, it is important to consider not only peak oil in the absolute sense, but peak oil per capita. The date of the latter was 1979, when there were 5.5 barrels of oil per person annually.


In the entire world, there are at most about a trillion barrels of usable, recoverable oil remaining -- which may sound like a lot, but isn't. When newspapers announce the discovery of a deposit of a billion barrels, readers are no doubt amazed, but they are not told that such a find is only two weeks' supply.


After the "peak" itself, the next question is that of the annual rate of decline. Estimates tend to hover around 4 percent, which means production will fall to half of peak production by about 2030, although there are reasons to suspect the decline will be much faster, particularly if Saudi reserves are seriously overstated.


As the years go by, new oil wells have to be drilled more deeply than the old, because newly discovered deposits are deeper. Those new deposits are therefore less accessible. But oil is used as a fuel for the oil drills themselves, and for the exploration. When it takes an entire barrel of oil to get one barrel of oil out of the ground, as is increasingly the case, it is a waste of time to continue drilling such a well.


Coal and natural gas are also declining. Coal will be available for a while after oil is gone, although previous reports of its abundance were highly exaggerated. Coal, however, is highly polluting and cannot be used as a fuel for most forms of transportation. Natural gas is not easily transported, and it is not suitable for most equipment.


Alternative sources of energy will never be very useful, for several reasons, but mainly because of a problem of "net energy": the amount of energy output is not sufficiently greater than the amount of energy input. All alternative forms of energy are so dependent on the very petroleum that they are intended to replace that the use of them is largely self-defeating and irrational. Alternative sources ultimately don't have enough "bang" to replace 30 billion annual barrels of oil -- or even to replace more than the tiniest fraction of that amount.


Petroleum is required to extract, process, and transport almost any other form of energy; a coal mine is not operated by coal-powered equipment. It takes "oil energy" to make "alternative energy."


The use of "unconventional oil" (shale deposits, tar sands, heavy oil) poses several problems besides that of net energy. Large quantities of fossil fuels and water are needed to process the oil from these unconventional sources, so net energy recovery is low. The pollution problems are considerable, and it is not certain how much environmental damage the human race is willing to endure. With unconventional oil we are, quite literally, scraping the bottom of the barrel.


More-exotic forms of alternative energy are plagued with even greater problems. Fuel cells cannot be made practical, because such devices require hydrogen derived from fossil fuels (coal or natural gas), if we exclude designs that will never escape the realm of science fiction; if fuel cells ever became popular, the fossil fuels they require would then be consumed even faster than they are now. Biomass energy (perhaps from wood or corn) would require impossibly large amounts of land and would still result in insufficient quantities of net energy, perhaps even negative quantities. Hydroelectric dams are reaching their practical limits. Wind and geothermal power are only effective in certain areas and for certain purposes. Nuclear power will soon be suffering from a lack of fuel and is already creating serious environmental dangers.


The current favorite for alternative energy is solar power, but proponents must close their eyes to all questions of scale. To meet the world's present energy needs by using solar power, we would need an array (or an equivalent number of smaller ones) of collectors covering about 550,000 square kilometers -- a machine the size of France. The production and maintenance of this array would require vast quantities of fossil fuels, metals, and other materials -- a self-defeating process.


Modern agriculture is highly dependent on fossil fuels for fertilizers, pesticides, and the operation of machines for harvesting, processing, and transporting. The Green Revolution amounted to little more than the invention of a way to turn petroleum and natural gas into food. Without fossil fuels, modern methods of food production will disappear, and crop yields will be far less than at present. Because of the shortage of food, world population must shrink dramatically, but we conveniently forget that war, plague, and famine are the only means available.


The problem of the world's diminishing supply of oil is a problem of energy, not a problem of money. The old bromide that "higher prices will eventually make [e.g.] shale oil economically feasible" is meaningless. This planet has only a finite amount of fossil fuel. That fuel is starting to decline, and "higher prices" are quite unable to stop the event from taking place. Much of modern warfare is about oil, in spite of all the pious and hypocritical rhetoric about "the forces of good" and "the forces of evil." The real "forces" are those trying to control the oil wells and the fragile pipelines that carry that oil. A map of recent American military ventures is a map of petroleum deposits. When the oil wars began is largely a matter of definition, though perhaps 1973 would be a usable date, when the Yom Kippur War -- or, to speak more truthfully, the decline of American domestic oil -- led to the OPEC oil embargo.


There is no "big plan" for dealing with these problems, and there never will be, although most people assume the leaders of society are both wise and benevolent. Instead of the "big plan," there will be only the "small plan," person by person, family by family. Everyone's way of life will change as time goes by, but over the next few decades the following principles will apply.


A better way of life would begin with finding a saner connection to the natural world. It would be a good idea to leave the busy city for that strange, long-forgotten place called the countryside. Living in the countryside will be more useful than living in urban areas. Rural communities are closer to the land and the water, and any disruption of such ties is more easily resolved in a rural community. One's community will certainly constitute no more than about a hundred people or so, perhaps far less than that. Each family or small group will then need to find some way to provide itself with the necessities of life, because transportation and communication will be on a much smaller scale that they are today.


It would be best to start looking at how things were done in the 19th century, or even before that. This will mean living independently of the modern equipment and chemicals with which most people nowadays are familiar. The members of the community should learn to use the sorts of tools and materials that were common long ago. They should not own devices that cannot be repaired personally or at least locally. Finally, they should learn how to get by with no more than can properly be used, as was the case in earlier times -- even as recently as the 19th century, the average bedroom was hardly big enough for more than the bed, but it was still big enough.

Posted by Peter Goodchild at 9:53 AM