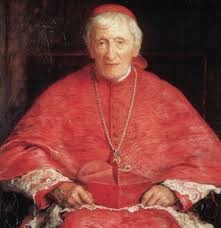 
Goodchild: Thank you, Your Eminence. Don't worry about it, my place is a lot humbler.


Newman: Peter -- I may call you Peter? -- your new book, Turbulent Thighs. What have been the initial reactions?


Newman: No, my receptionist grabbed it, but I have some idea.


Goodchild: Well, John Henry -- I may call you John Henry?


Newman: Except that my namesake's hammer lost out to a steam drill.


Goodchild: You've always been a Luddite -- we're birds of a feather. To get back to the book: I'm beginning to find that one-on-one discussions are rarely an efficient use of my time. De profundis clamavi with less despair with some sort of a crowd to hear that primal scream. Surely the eighth deadly sin is stupidity.


Goodchild: Three times in the book I explain that industrial society is a triad of fossil fuels, metals, and electricity. Fossil fuels are the blood, metals are the bones, and electricity is the nerves. Yet there's always someone to proclaim that great advances are being made in lunar power, which will allow us to put nightlights, mere electricity, in all the world's bathrooms by 2050, thereby ensuring that civilization will survive another million years. Although it's been dead for a long time already.


Goodchild: You will no doubt recall that Alfred the Great, in his Preface to Gregory's Pastoral Care, says that learning had so declined that many priests did not know Latin, and that some had fallen so low that they could barely read or write English. Yet today one stands in line in a drugstore and listens to the squeaky-erotic voice of "so he goes so I go so he goes so I go."


Newman: Lunar power will at best provide us with a nervous system, but not the blood and bones to keep the organism alive?


Goodchild: We live in the age of more, bigger, faster. On the rare occasions when people read entire books, they manage to finish a volume in a single day. But it's just glorified skimming and scanning.


Newman: Is there anything wrong with this?


Goodchild: We've reduced it to skinning and scamming.


Goodchild: So I ask, did you read the Appendices? And they say no. Then they stare at me, wondering why anyone should read something labeled "Appendices." But if I'd put all that number-crunching at the front, mild as it is, they'd have gone back to reading high-school romances.


Newman: They're not reading the book properly.


Goodchild: They read my book the same way they read a glossy magazine at the checkout counter, thinking if they're buying a hundred dollars' worth of TV dinners they shouldn't have to pay for a magazine they're merely flipping through at high speed.


Newman: When they need to assimilate.


Goodchild: Exactly. They need to stop having convulsions about the first four chapters and get used to the fact that they have twenty-six to go, plus those forbidding Appendices. Not to mention more than a hundred References, many of which are on the Internet, for those who aren't fortunate enough to own a library card.


Newman: They get stuck where? On fossil fuels? On alternative energy?


Goodchild: Maybe somewhere in the middle. They call me at midnight and want to talk about poultry poop power, which I haven't even mentioned. For good reason.


Goodchild: Depends on how old it is. I look forward to the day when North Americans will have to learn how to calculate with their fingers and toes.


Goodchild: Nisi in patria sua et in domo sua. As true as it was long ago.


Newman: Peter, it's been a pleasure. Keep in touch. Drop in at the scriptorium some time.


Newman: And keeping the candles burning.

Posted by Peter Goodchild at 1:23 PM