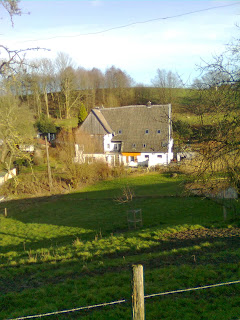 A life that respects Nature must be a simple life. In the first place, there is little that is called knowledge that is really worth acquiring. Most of the great truths were recorded thousands of years ago, and very few people have learned even the simplest aphorisms to be found in the oldest literature. Those who wrote on papyrus or parchment in ancient times had more to say than I can find by flipping through the latest magazine. Secondly, the problem with the material objects of civilized life is that there is little that is worth buying. What shining machine can I purchase that will have any real value in my life? The things that can bring me happiness are more likely to be found up in the mountains, or in the valleys that wind among them, not in a shopping center in the middle of a modern city.

I must reconsider the value of all the books I have read. Perhaps in a sense Thomas à Kempis was right when he said, "On the day of judgment, surely, we shall not be asked what we have read but what we have done; not how well we have spoken but how well we have lived." What is the point of having a good education if I don't apply that knowledge to my relationship with the natural world? It isn't books and schools that make a person wise, but rather it is a way of living, a sense of gratitude and humility, that constitutes wisdom. An understanding of Nature is a feeling, a spiritual bond, not merely a thought.

There is no value in studying philosophy if it is nothing but theory, if it cannot bring me back to Nature. Philosophy should help me to understand the world that was here long before the human species was born, and which will be here long after humanity ceases to exist.


It's good to leave the city, to leave the paved roads behind. I am often tired of my busy life. I am tired of everything I have seen and heard. I need stillness, I need silence.

I need to take stock of my life in a larger way. I need to go beyond the complexities, to find the simple things, the fundamentals. I need a greater light to shine upon me. I need a rest from my seemingly incessant labors. For every action there is a purpose, but what is the final purpose? Where does labor have an end? Where is the final peace for which I have been striving? I am aware of my desires, but where is the goal of those desires?

The question of a life beyond labor, of course, may be largely theoretical. After several thousand years of so-called civilization, most people still have to toil day and night for the rest of their lives. In the tenth chapter of The Story of My Heart, Richard Jefferies says, "The most extraordinary spectacle, as it seems to me, is the vast expenditure of labour and time wasted in obtaining mere subsistence." If Jefferies is right, then what was the point in creating "civilization" in the first place?

Whatever wisdom may be, in part it must be something beyond what is called civilization. To look for happiness in the material wealth of civilization is a waste of time. All the gadgets that are meant to give comfort to the body will bring little comfort to the soul. It is a mistake to think that technology will ever cure the ills of the spirit. It is foolish to love machinery while despising the world that was here before those machines.

Civilization is the apotheosis of self-interest. What is called profit is the act of taking from other human beings. The real moral code of civilization is larger and more complex than the one that used to be recited in churches. The code of civilization does not include simplicity and humility, but rather it advocates the destruction of whatever is rare and beautiful. To a civilized person there is no countryside that cannot be improved with asphalt or concrete. Where only the dry grass is blowing in the wind, there is "unimproved land," there is "wasteland."

But perhaps the question of the primitive life and the civilized is not the fundamental question that should be asked. The underlying problem may be that of humanity itself. If I consider the lives of people who seem to have possessed wisdom, I find that they often spent time away from human society. If I think of the problems that have been most persistent in my life, I find that they generally have to do with the presence of humans. I am almost inclined to say that a perfect world would be one without other people. For people to live together in any sort of harmony would require that they be angels, not apes. If humans should not live alone, they should at least give one another enough room to breathe.


Every possible form of government, from dictatorship to democracy, has been tried by one society or another, and every one of those forms has been flawed. If government in itself does not work, then perhaps the only real answer is to live as a hermit. Thoreau says: "I have never found the companion that was so companionable as solitude."

Yet this in turn leads to another paradox. If a human being were to live entirely alone, renouncing everything that was the product of civilization, how would it be possible to acquire food, clothing, and shelter? Living in an Eden-like world, filled with plants and animals to supply sustenance, might allow a suitable existence. The life of contemplation and meditation, however, would not be possible, because too much else would be missing. Books and papers and pens would be largely absent, and any bed would be a rough one. But those issues do not negate the fact that civilization is, at best, a dubious blessing.

In spite of such enigmas, the civilized world merely reaffirms my belief in the possibility of a kinder and gentler world, one in which neither time nor money are of any importance. I need to reconsider the fundamental rules by which I run my life. The commandments of civilization are to expand, to consume, to crush. Can I learn to obey a law of a different sort, one that tells me to be still, to be silent? Can I begin to love Nature, to think of her as a friend? I need to think like stone, like water. I need to be utterly transformed.

I must never forget that there is that better world. It is a place where the winter snow clothes the rocks, and where the summer rain obscures the rivers. It is a land of wind and wave, and of countless centuries of light.