A Boy and His Gun 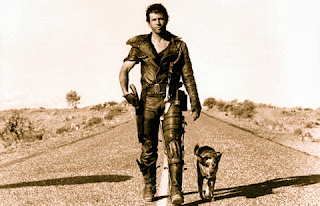 Although handguns are somewhat restricted here in Canada, "long guns" are available for anyone who has a firearms license, although getting such a thing involves taking a course and passing a fairly difficult test. I've owned guns at various times here over the years, and lately I've been thinking of buying land again and feeding myself partly by hunting. I suppose if all hell broke lose -- which I suspect will be the case -- then a hunting rifle might end up being used also as an instrument of self-defense.

I went looking at bolt-action deer rifles in Canadian Tire, Canada's biggest hardware-store chain, basically the only gun supplier in this town. I discovered that it's impossible to buy any gun made by Winchester, including .308 (perhaps the most desirable caliber) at least until 2015. Winchester guns are made in Japan, and the earthquake put them about two years behind in production -- one more piece of information about Fukushima.

Bolt action is the most reliable, especially for a future world where gunsmiths will not be found so easily, and the two of the best brands have always been Remington and Winchester. The Remington 700 in .308 is still available here in Canada. With no extras, the price is over $500. The Savage 110 in .270 (not .308) caliber is available in .270 caliber, but that caliber of ammunition is less readily available than .308. Canadian Tire doesn't sell any Rugers.

There's also a Chinese gun in .308 caliber, much cheaper than Remington and Winchester. That's the JW 15 model made by Norinco. A trustworthy military friend of mine (US Army, retired) says the gun is actually a very good one. It's sold at Canadian Tire.

Canadian Tire sells no single-shot .22 rifles, at least at the moment, even though such things have always been popular as "survival guns." (The Winchester Cooey was very popular in Canada, and I owned one myself for many years.) They sell the Savage bolt-action (not single shot) .22 for about $200 or $300.

A 12-gauge shotgun is hard to beat, especially in terms of power. But the ammo is heavy and bulky, and I wouldn't try to hit anything more than 50 meters away. But for self-defense, a 12-gauge shotgun would be a good choice, as any police officer can tell you. For either hunting or self-defense, I wouldn't bother with anything smaller than 12-gauge, it's pointless -- a 12 gauge can do anything a smaller gauge can do, using a variety of ammunition, so any other gauge has no advantages. For the totally uninitiated: shotguns not only fire shells containing shot (each shell has many little balls of lead) but also slugs (shells containing a big hemispherical projectile). Slugs can be useful for deer, moose, or bear, at fairly short distances.

Police officers seem to prefer shotguns, especially pump action (for getting a second or third shot off quickly) with short barrels. I saw police car in Toronto once, with a trunk-load of such things. Don't ask me what they were doing. Times have changed. Toronto used to be the sort of place where you could drop a five-dollar bill on the sidewalk and come back the next day and pick it up.

My military friend recommends a .308 or thereabouts as a self-defense weapon, besides as a deer rifle. There's a good deal of difference between a .308 and a .22, though. A .308 cartridge is about the size of a finger, whereas a .22 cartridge is about the size of the filter of a cigarette. Also, there's the .22 short ammunition (mainly for target practice) and the .22 long rifle (.22 LR), which is suitable for various kinds of small game.

I've heard that a .22 handgun is popular with professional killers, partly because it's so quiet, and partly because one or two in the temple have the effect of rattling around and doing a lot of damage. How much of that is folklore is something I can't say.

I don't own any guns these days, but if I bought land again perhaps my first gun would be the same as the first one I had as a teenager -- a single-shot .22. It's cheap, it's lightweight, and it has almost no parts to go wrong. It would certainly be suitable for hunting rabbits and similar game. Because I don't have a gun right now, though, I worry somewhat about the possibility that prices will get too high, or that laws will suddenly change. Still, I must be sure never to lose my license to own a gun -- at least as long as there are such things as laws. Not too far north of the US border, gardening wouldn't be so easy, and most people who live there rely on hunting to supplement the food supply.

Never mind. At the End of the World as We Know It, maybe we can just sit in the drive-in lane at the nearest hamburger franchise, and hope something comes along. I guess if God had wanted us to use our feet and go on long hikes through the woods, he wouldn't have made us with car seats stuck to our asses.

Posted by Peter Goodchild at 5:54 PM