How Overpopulation Can Kill 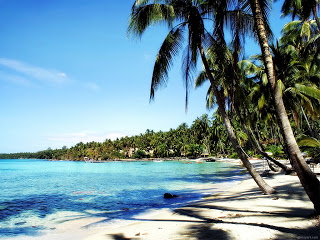 Overcrowding leads to mental illness. That's true of lab animals, even when they have plenty of food, water, and nesting material. The crowding in itself leads to violence, infanticide, and so on. The same seems to be true of humans. Here in my own patch of suburbia, listening to the car horns of my neighbors during a midsummer heat-wave, my thoughts often stray to cannibalism. (I should probably change my ways, but it's hard to say no to kidneys on toast.)

A denser living arrangement creates its own problems. Packing them tighter is just "stalling for time," "treading water," it's not a solution. If you jam 7 billion people into a suicidal mass, you still haven't answered the question of what to do when you reach 14 billion.
The same caveat about "treading water" applies to so many of the Miracle Solutions to modern problems, they all come back to one fundamental problem -- overpopulation. If you don't deal with overpopulation, then no "solution" to anything is a real solution. In a macabre way, it may be a blessing that as we continue on the down-slope of petroleum extraction, everything else in our petroleum-addicted world will also be in decline, including human numbers: "petroleum famine" will resemble the "potato famine" of nineteenth-century Ireland, except that it will involve the entire world.

But never mind poverty, famine, and warfare. Overpopulation also has a more direct way of killing. Have you ever had the feeling that you just can't "get away from it all" anymore? Have you ever had the feeling that the Robinson-Crusoe vacation you planned for yourself last year was just an immensely expensive encounter with "guides" who smiled far too much? Have you ever tried to calculate the implications of the fact that the average square kilometer of God's green earth holds more than twice as many people as it did in 1950? Have you ever wondered why so many people talk to themselves nowadays, and why somebody once gave you a funny stare when you didn't know what "meds" were? You can circle the globe a thousand times, but you'll never find a "scenic vista" without a hamburger franchise behind you. You're unlikely to find a stretch of ocean beach, anywhere in the world, that doesn't have Styrofoam cups and frayed polypropylene among the seaweed. And don't dream of going back to live in your hometown, because it isn't the way it used to be: nowadays you have to lower your expectations and assume you have a quiet apartment if nobody is actually using a sledge hammer to do some renovations next door. You're permanently "burned out," not because you're "burning" anything, but because there are always too many people rubbing against you, to the point where you think your skin is going to come off. But, yes, there's an explanation: your glands are shriveling.


We now have a working hypothesis for the die-off terminating a cycle. Exhaustion of the adreno-pituitary system resulting from increased stress inherent in a high population, especially in winter, plus the late winter demands of the reproductive system, due to increased light or other factors, precipitates population-wide death with the symptoms of adrenal insufficiency and hypoglycemic convulsions. [emphasis added]

Quoted in Edward S. Deevey, "The Hare and the Haruspex: A Cautionary Tale" (in The Yale Review, Winter 1960; reprinted in Eric and Mary Josephson, Man Alone: Alienation in Modern Society (New York: Dell, 1960). The Josephsons add that less-academic descriptions can be found in Hans Selye's books about stress.

"So at least in terms of some species of mammals, a great rise in population density causes death from a state of shock, although this in turn is a combination of poor and insufficient food, increased exertion, and fighting -- animals that have struggled through a tough winter are in no shape to stand the lust the rises like sap in the spring. Their endocrine glands, which make the clashing hormones . . . borrow sugar from their livers. Cirrhosis lies that way, of course, but death from hypertension usually comes first." (E. and M. Josephson, p. 582)

I admit that the above texts are quite old. They were something I came across recently, more or less by accident. But there are many "old" ideas that need reconsideration. Like looking for uninhabited islands.


Posted by Peter Goodchild at 3:57 PM