Peak Oil: Toe the Line or Lose Your Job 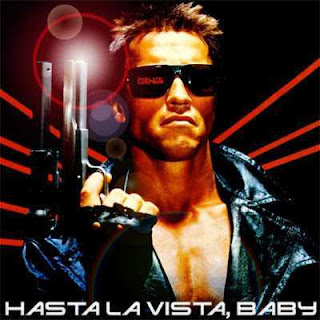 "If the real figures were to come out there would be panic on the stock markets. . . ."

-- Dr. Colin Campbell, Association for the Study of Peak Oil

The fact that the world's oil supply would start to run out has been known for a long time: M. King Hubbert was spreading the word in the 1950s, and other engineers and scientists in those days had a good idea of what was going on, but they were afraid to speak because they would risk losing their jobs. I have a friend who, as a child, was taught about "peak oil" by his father in those days, although the father was in exactly that position of risk. But the 1950s were a long time ago. Why is there still such a remarkable silence?

How is it that so few people are talking about the world's decline in oil? Pathological denial might account for a few cases, but surely not for all. A state of denial could be found in people in the days leading up to the Second World War, but those who were convinced of the onset of war were still a fair-sized number.

Another reason for the low number of concerned people may be that there are so many other people trying to push the opposite belief: that there is no problem of oil depletion. Many such "peak-oil debunkers" are perhaps simply afraid of the facts, and they may feel that they need to shelter themselves by sharing their beliefs with others. The loudest of the "debunkers," however, are those who have connections with "money management" and are looking for fools to play a little three-card monte, like the flimflam men of the 1930s. The rest of the "debunkers" are politicians and business leaders who know -- consciously or otherwise -- that they would have nothing to gain by rocking the boat, and that in fact they might well risk their own jobs if they gained a reputation for spreading doom and gloom. Yet these "de-bunkers" are actually mass murderers: yes, many people will die anyway, but if silence is maintained then the numbers of those who might have had a chance to prepare will be seriously reduced.

Some people in positions of authority may have an even better grasp of the consequence. They may have realized that a public announcement of the end of oil could lead to a general panic, a collapse of the stock market and money market, a complete lack of faith in the hyper-capitalist dream-world, where ordinary citizens are duped into working for less and less, and at the same time encouraged to spend more and more. The entire illusion of the American Way of Life could be rapidly shattered if anyone in power were willing to speak a word of truth. Maybe Colin Campbell is right about the consequences of letting "the real figures" come out.

No doubt, also, humans have great intelligence but a poor grasp of time. Most young people cannot think ahead more than about a year, whatever issue may be involved. Middle-aged people think ahead about as far as retirement. Older people can only think ahead about as far as their own deaths. Elderly people often say they have great love for their grandchildren, yet when told about the oil problem they are likely to reply, "Oh, well, what do I care? I'll be dead by then"; that's not hypocrisy, it's just a poor understanding of the fact that the world can change significantly over a few decades.

Illiteracy doesn't help, of course. To the slight extent that anyone is willing to discuss world events, the opening line is likely to be, "Did you see x on TV last night?" rather than, "Have you ever read x?" Television, movies, and glossy magazines present a kaleidoscope of half-truths, fragments that are strong on shape and color, but weak on intellectual content or interconnection. Dinner-party conversation must likewise consist of paratactic bits and pieces if it is not to elicit an embarrassed smile. We live in an age in which it is heresy to suggest that schoolchildren be subjected to either placement or achievement tests, and the politically-respectable definition of "average" sinks ever lower. The publishing of a book with spelling errors in the 1950s would have been scandalous, whereas books published nowadays seem to have been proofread by drunkards.

It may not be entirely true that bad spelling is the end of civilization as we know it, but it is not entirely false either. No one is individually to blame for illiteracy, but it is a growing trend that only rarely arouses indignation, and the decision to resist being dazzled by "the media" often means choosing to stand alone. Fundamentally, illiteracy is a kind of mental cannibalism: we may be eating well enough, but only for as long as the food supply holds out. The sheer dumbness of the average "consumer" ensures that big companies can make a lot of money, but that same dumbness will not do much to enable that "consumer" to survive in the coming years.

Perhaps the silence will never entirely end until it is too late for talking to make a difference. Most people will never personally see the oil wells running dry, so they will never really know who or what to blame. Modern surveillance techniques will ensure that no protester gets more than half a mile down a street. The process of erosion will be so slow at first that people will wonder if they are imagining the whole thing: higher costs for food and fuel, lower quality of goods and services, a general third-world ambiance to what were supposed to be first-world cities. One day, however, there will be a realization that the Grand Plan is not forthcoming, and that staying alive will depend on the Small Plan, person by person, family by family.

Posted by Peter Goodchild at 10:34 AM